Why Latin in the Middle School? 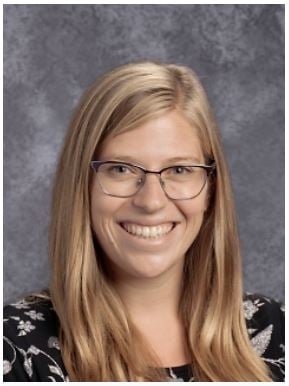 Why do we teach Latin in 5th and 6th? What's the benefit?

Students at BASIS Independent Silicon Valley study Latin in 5th and 6th grade because it helps shape them into well-rounded students with a good knowledge of western history, literature, and language.  Western society has been shaped by Roman ideas and ideals for two millennia, and learning the language, history, and mythology of the Romans helps our students to see the traces they've left behind in our own society.

The way we study Latin elevates critical thinking by forcing students to think precisely about the way words interact with other words.  In English, we are deeply reliant on word order to render the meaning of a sentence--if I scrambled up all the words in a given clause, it would mean something completely different!  But in Latin, that isn't the case--Latin instead uses noun endings (called cases) to indicate what each word does in a sentence.

All this means that students can't necessarily translate by reading a sentence straight across--they need to consider each word and what its ending tells us about its role in the sentence.  They get very quick at this precise kind of thinking as they read more and more Latin throughout the year.  This helps students appreciate the detail of language, and the different ways languages can express ideas.

What's your favorite Latin word and why?

My favorite Latin words are the really flexible ones that have lots of compound words and lots of derivatives. Last week I spent about 10 minutes with my Latin IV class going through all the words that come from the verb rumpo, rumpere, rupi, ruptum--rupture, interrupt, erupt, disrupt, corrupt, plus a whole bunch more Latin words.  I like these kinds of words because they can be so expressive and because they show the flexibility and precision of the Latin language in word-building.

Also, there are certain adverbs I like just because they sound a little silly: mox (soon), heri (yesterday), or cras (tomorrow, as in procrastinate).

What inspired you to learn Latin and teach it?

I took Latin for the first time more or less on a whim--originally I had wanted to be an English major, but I could only get into one English class in first year university.  I picked Latin just to fill out my course load because I had always been interested in the Romans and also because I'm not very practical (my dad said to take economics instead). I fell in love with Latin over that first year of study--I used the Wheelock's Latin textbook (which 7th and 8th graders use here at BISV), and I loved how clear and precise and regimented Latin could be.  It's very rule-based and very predictable, and I found that to be almost comforting (especially compared with all the shenanigans English gets up to). I took a lot of Roman culture and history classes in my second year, and that additional pursuit crystallized for me that I wanted to study the Romans.

How does Latin connect with the other subjects that 5th 6th students are taking?

Latin connects primarily with students' history classes in 5th and 6th grade.  5th grade students take a course in Classics three days a week, where they learn all about Egypt, Mesopotamia, Greece, and Rome.  6th grade students take a class in world history, which also covers those time periods.  Meanwhile, in Latin, we learn in our course about Roman culture and mythology.  This cultural and linguistic context helps flesh out their history learning, while the history shapes their understanding of where Latin fits in the world.

Latin also connects with students' English curriculum when it comes to grammar and vocabulary.  I love that my 6th grade students already know all about the difference between simple, progressive, and emphatic aspect so that we can use that knowledge to help us with our Latin translations; I like to think I reinforce that knowledge by using it in our classroom as well.  In terms of vocabulary, the overlap is enormous!  More than half of English words have Latin roots; by learning the Latin words, my students become better at learning new English words, and at deducing the meaning of new words for themselves (like deduce, which comes from duco lead, and de from--when you lead an idea from something, you've deduced it).

What capstone are you doing this year?

This year, I am teaching a Latin literature capstone on Roman drama.

Oh wow! Tell us about it.

In our comedy trimester, we start by reading English translations of ancient Greek comedies by Menander, whose stock characters and formulaic rom-com plots were picked up by Roman playwrights about a century and a half later.  Next, we read through the Latin play Adelphoe written by an enigmatic playwright called Terence; he only wrote six plays, all of which survive, but he died very young--or at least, we think he did.  The story goes that he left for Greece on a trip and never returned.  Very mysterious!  Anyway, the play Adelphoe is all about fathers and brothers; it explores timeless themes like parenting and brotherhood.  What is the best way to be a good parent, or to raise a good child?  In the play, one father is very strict, and one father is very permissive--over the course of the play, they try to see who is right and who has raised the best son.  I really enjoy reading through it with my students, because, as people currently experiencing parenting, they have a lot of thoughts on how to be a good parent!

What field trips, projects, fun things are you planning this year?

One of my primary outlets for Fun Things at school is running the BISV chapter of NJCL--National Junior Classical League.  We prepare our club members to write the National Latin Exam in March by learning all about the Romans.  Since students get the grammar study they need in class, we reserve our monthly club meetings for exploring topics related to Roman culture and history.

At a typical meeting, for instance, we might learn all about what a day at the ludi (games) would look like for a Roman.  Beast fights in the morning, executions at lunch, and gladiator fights in the afternoon!  We might talk about the different kinds of beast fights Romans enjoyed: Romans might see a staged hunt, where the arena is transformed into a forest, and riders on horseback hunt a deer, or they might see a lion and a bear fighting one another on the sands.  We could also talk about all the different types of gladiators and the most popular match-ups: Romans loved to see equal-but-opposite fighting pairs, like a heavily armed secutor (with a heavy helmet, shield, and sword) facing off against the lightly armed retiarius (with only a trident, a net, and a shoulder guard).

In the 2018-19 school year, our students scored 18.5% above the national average overall, and nearly half of our test-takers earned gold medals!  I’m so proud of all our NJCL members’ accomplishments, and I’m looking forward to another great year with the club.

Interested in joining the Bobcat community? Join our interest list below to receive admissions updates for fall 2020.