What are your Summer Vacation Plans? 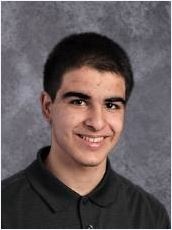 I had the opportunity the connect with one  of our rising seniors, Armaun S. in the closing weeks of his junior year. He is an incredibly motivated and focused student, who makes every moment of summer break count. Read on to learn about his adventures during the summer between Junior and Senior year!

Tell me about your summer plans?

At the end of May, Armaun will begin a six-week internship at the NASA Ames Research Center focusing on Computational Fluid Dynamics. He will be the only intern in the program, and we guess that he will be the youngest person on the project by about 25 years. He will be working under the instruction of Dr. Manikandan Ramasamy, Dr. Gloria K. Yamauchi, and Dr. William Warmbrodt who are all in the aeromechanics/rotocraft group at NASA Ames. The internship is a part of the NASA OSSI Program, the general recruiting arm of the research program for students seeking internships in the disciplines of science, technology, engineering and mathematics.

In case an internship at NASA wasn't exciting enough, in July he will hop over to Connecticut to attend The Yale Summer Program in Astrophysics. The 4-week program only accepts 32 students across the country. He will be living in a dorm at Yale, taking classes at the Leitner Planetarium, and utilizing the computer lab facilities at the Leitner Observatory all with the end goal of Armaun being able to compose his own scientific paper and present the findings at the YSPA mini-conference.

What have you done during previous summers?

Armaun definitely keeps busy on his summer breaks and enjoys taking college courses. As luck would have it, connecting with the professor of the Linear Algebra course he took last summer at Stanford resulted in an internship. He had the opportunity to intern under Antony Jameson who, according to Armaun, "is a luminary in the field of fluid dynamics." The group led by Jameson needed to the utilize Stanford Wind Tunnel to gather data. Given that this particular wind tunnel hadn't been operational for the last ten years, getting it back up and running was a crucial role for the team; one that Armaun and another student filled with zeal. Through his initial interaction with research, he was ultimately surprised in how research topics themselves are so granular. This was unexpected because his high school courses have not explored this level of intense detail in the curriculum. The Stanford internship last summer was his first foray in to computational fluid dynamics, and this summer's internship with NASA will expound on a topic he is now quite engaged in.

How will your internship experience help you in Senior year?

Armaun is sure that his internship will give him a larger view of life than his current universe as a high school student is able to. He feels that "senior year is a time that is less restricted, and your true person comes out" as there is less time spent receiving instruction from teachers, and more chance to explore concepts you have learned, and to decide how it all sits with you. His general thoughts are that if he gets exposed to research, he will be better able to align himself with and apply his experience to the world outside of the classroom.

We conducted our interview during Senior Project presentation week, so I had to ask him what he thought of the presentations so far, and what sorts of ideas he had about doing his own project next year. Ultimately, he isn't "sure about doing a senior project as the three-month research window seems short to me. I am definitely considering it however." If he does undertake the senior project next year, he would certainly do a research project on a machine learning program, similar to the research and internships he has been a part of thus far.

Where are you planning to apply to college?

A big takeaway for me during our conversation, is that Armaun is an incredibly humble student. As we chatted about his opportunities and accomplishments, he continued to be very modest about his abilities, and was reticent to even say where he hoped he'd get into college. MIT is his absolute dream, although it seemed important to him that I understand that he is a realist; knowing that the odds of being accepted are so slight. Armaun said that he would be thrilled with any opportunity to further his studies and would gladly explore any college where he was accepted. His short list after MIT is UC Berkeley, University of Illinois Urbana-Champaign and Georgia Tech.

How do you think BISV has prepared you for your internships?

"It has prepared me well, very well for what is next." He went on to say that his BASIS Independent Silicon Valley "teachers go out of their way to connect concepts taught in the classroom to the workings of the real world." He was sure to say he enjoyed all of his classroom time, but that especially Mr. Linhares and Dr. Brown have been huge influences as they both have gone out of their way to "make connections from the concepts learned in the classroom to what happens right in front of us in day to day life." This has helped him tremendously as he has previously participated in, and is generally drawn to, internships in which he encounters highly technical information in real time.

While he has always been interested in research, he mentioned that Dr. Brown has inspired him to pursue research more explicitly. He lit up when he talked about the class, and said that he had been a huge source of support over his Junior year. With senior year around the corner, Armaun is narrowing down his options for college and thinking about where the next few years will lead him. He initially was interested in chemistry and biology, but has settled on Engineering as his preferred field of study.

In summation, Armaun said this:

“I believe that it is important for students to really challenge themselves by taking the advanced courses that BASIS Independent Silicon Valley offers. Those AP and Post-AP courses are going to distinguish them from other similar internship seekers, and I believe that was critical in both of my internship applications. For example, thanks to AP courses and a course that I was able to take at Stanford, I knew a lot of math that was used in the algorithms and added some extra knowledge to the team.”