BISV Speech and Debate Team Awarded Membership to the 100 Club

Speech and Debate is a favorite activity for many students on our campus, and their passion is palpable when you consider their collective performance last year. Several of our Bobcats in fact earned invitations to the two most notable competitions of the entire season: the Tournament of Champions and the National Speech & Debate Championship. We saw very exciting results at these spring events. 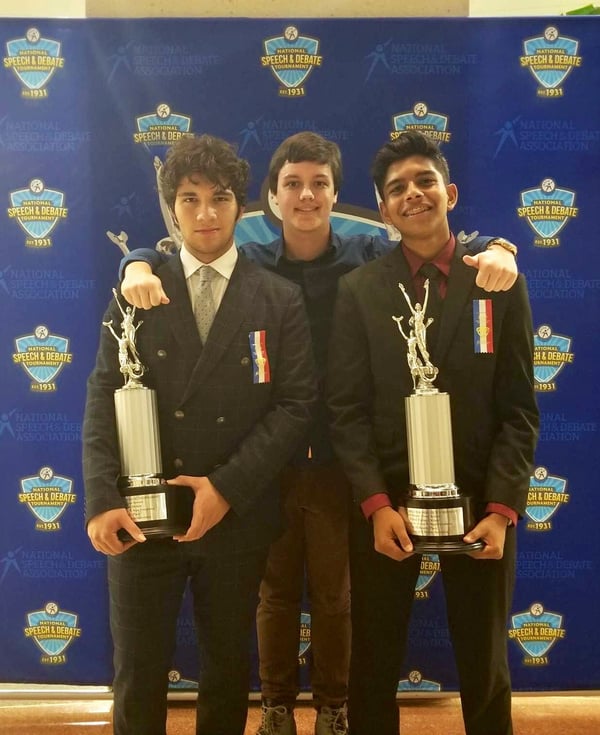 Kayra I. and Akash S. both earned the title of Semifinalists in Public Forum Debate (Fourth Place) at the National Speech & Debate Championship, and also placed Sixth in the country at the Tournament of Champions earlier this year. These two gentleman are worth watching as both have already earned invitations to both the 2019  National Speech & Debate Championship and the Tournament of Champions based on their spectacular performance at this year's Nationals. Kayra and Akash are members of the class of 2019 and the year ahead is shaping up to be an exciting one for them.

The BISV Speech and Debate Team is meeting weekly and has already attended the first competition of this year-join us in keeping an eye out for upcoming accomplishments!