It doesn't come as a surprise that families considering BASIS Independent McLean are eager for opportunities to get "inside" and see what it will be like. As a new school, we know how valuable it is for families to touch and feel the experience of going to a BASIS Independent School. Luckily, BASIS Independent Brooklyn is not too far away from our campus here in McLean. The campus welcomes any familis considering our program in McLean to go for a visit. A number have, in fact, already made the journey up north to visit. One mom in particular emailed us with such enthusiastic feedback that we felt compelled to share it with you.

Our hesitation was both because we are happy with the Montessori program and because the Early Learning Program at BASIS Independent is new (McLean and Brooklyn will be the first to implement it in the U.S. – there is a program in China now, but it is in its pilot year).  Another consideration was wondering if the shared charter/independent curriculum would be a constraint at the Independent schools that have the benefit of a selective admissions process. 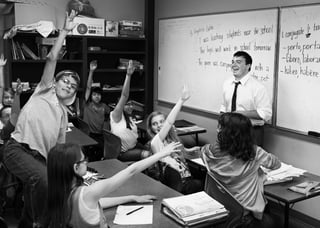 excited in our decision to send our children to BASIS Independent McLean this fall (we are praying they both get accepted)!  My husband and I were both blown away by what we observed.  We observed students that were performing at levels unheard of when I think back to when I was in school, teachers that were dedicated and serious about their students’ education, opportunities that are truly unparalleled, and an education program that is well thought out, tested and proven.  Especially since this school runs through 12th grade, I think it presents a unique opportunity in the Northern Virginia area because it allows for a level of continuity both from an educational approach perspective, but also in terms of a continuity of friendships built and developed through the years.

Examples of what we observed:

Students that were performing at levels unheard of when I think back to when I was in school.

Teachers that were dedicated and serious about their students’ education.

Opportunities that are truly unparalleled.

An education program that is well thought out, tested and proven.

This was the place we knew we wanted our children to be; I am convinced it is the best education available to our children.  While I stated that we were happy with the Montessori program 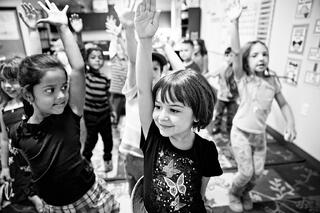 our children are in – my discussion with the BASIS Independent Director of Enrollment in Brooklyn whose son also previously went to Montessori before enrolling in BASIS Independent reminded me of some of our previous frustrations with Montessori.  While I believe in Montessori, I do think that their approach is limiting in that it is somewhat rigid.  My daughter exhibited readiness for advanced concepts in math and language when she was in the pre-primary level (18 months - 3 years) but despite this, she was not introduced to the next level of material - because it would have needed to be brought into the classroom and available to all students – and due to the younger children in the course they said they could not do that.  Even now, when my older daughter is in Primary, they are saying that she should wait till she is 4 years old for certain material, even though we are covering that material at home together in the evenings. Seeing the teacher providing 1:1 instruction to the student in a class of 2 spoke volumes – as did the Director of Enrollment who faced similar restrictions when it came to her son.

We also viewed a demo classroom that would be used for PreK-3 and PreK-4.  My daughters instinctively ran to different items in the room and began engaging in different activities.  In some respects it was similar to Montessori – but the biggest takeaway is that the program takes the best of all teaching approaches and applies those – so you are not constrained by one teaching method.  Another thing to consider that I found comfort in is that even though the BASIS Independent philosophy is giving the teacher free reign – there are still core competencies at each level that the teachers need to adhere to."