As the first day of our inaugural school year approaches, we're thrilled to unveil to you the team that will make up the founding faculty & staff of BASIS Independent McLean. Many thanks to all who have participated in our numerous Teacher Demo Days that have led to the hiring of such a talented group of professionals. We're pleased that you took part in such a crucial process of the establishing of our cohesive school community. We're pleased to introduce to you Vern Williams, Subject Expert Teacher: Math at BASIS Independent McLean. 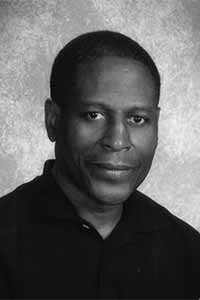 Vern Williams earned his Bachelor of Science degree in Math Education from the University of Maryland. Mr. Williams has taught math in the Fairfax County public school system for over forty years and has taught in the gifted and talented program for over thirty years. Mr. Williams was the 1990 Fairfax County Public Schools’ Teacher of the Year, and received two awards for distinguished teaching from the Mathematical Association of America. From 1994-2000, he taught Math Reasoning for the Johns Hopkins Center for Talented Youth summer program. In April of 2006, he was appointed to the National Mathematics Advisory Panel. In 2009, Mr. Williams served on the Mathematics Writing Team for the Council of Chief State School Officers. In 2010, he was appointed to serve on the Southern Regional Education Board Middle Grades Commission.

Mr. Williams was attracted to BASIS Independent Mclean because the school treats the pursuit of excellence as much more than just a slogan and provides a culture where it is celebrated by all, each and every day. He joins BASIS Independent McLean with a special interest in helping middle school students discover, through problem solving and mathematical reasoning, the beauty and power of mathematics.

Mr. Williams holds a seventh degree Black Belt in Tang Soo Do. While he no longer teaches, he does still train on occasion.

Be sure to subscribe for updates to Eureka! McLean to receive faculty & staff announcements (and much, much more!) directly in your inbox. We host many opportunities for you to meet our founding Faculty & Staff. Be sure to keep an eye out on our events page.