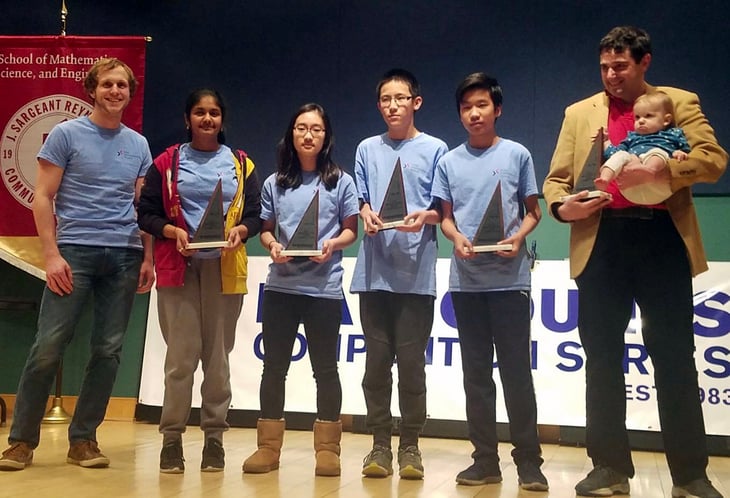 Team SWEEP is led by Coach Mr. Sullivan and Assistant Coach Dr. Grove, a BIM math and science teacher. The team earned a spot to compete in the State Competition by winning the regional competition in February.

“We’re extremely proud of our MATHCOUNTS students and coaches; their achievement is remarkable, especially considering BIM opened only two years ago and has won first place for the second consecutive time,” said Head of School Ron Kim. “We’re rooting them on for the National Competition in May.”

The Virginia State MATHCOUNTS team heading to the National Competition is composed of the top four state individual winners: Pravalika, Sam, Ethan, and a Mercer Middle School student. The team will be trained by BIM Coach Mr. Sullivan. The National Competition, held in Washington, D.C. from May 12–15, will include 224 middle school competitors and 56 teams from around the United States. A portion of the National MATHCOUNTS Competition will be streamed live on ESPN3.

Go Red-Tailed Hawks! We are immensely proud of your hard work, dedication, and triumphant victory!