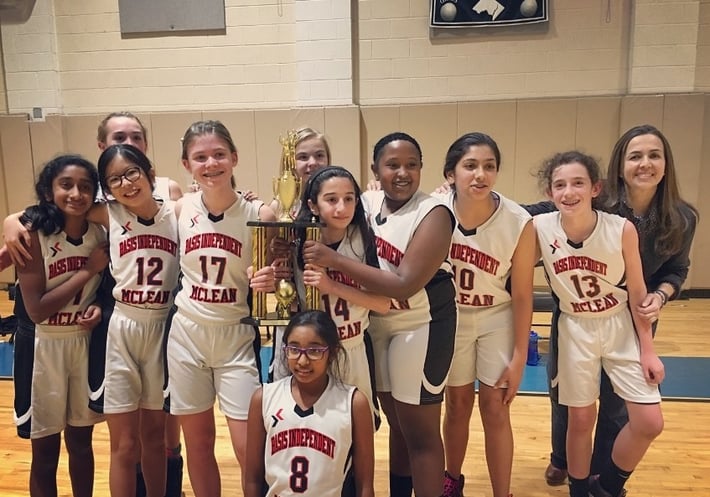 After the first quarter the team was behind 0-12. At halftime the team was losing 1-12. The outlook was not good and Coach Dr. Isquith, BASIS Independent McLean’s Spanish teacher, knew something was wrong. The team had already won four out of six games this season.

“What is going on?” Coach Dr. Isquith asked the team during the halftime huddle. The players were nervous. They were behind by a wide margin. “You have worked so hard and I want you to fight. I believe in you, believe in the team and you need to believe in yourself,” she cheered. “There are two more quarters, why not give it all you can as there is plenty of time to make a change.”

The third quarter started and you could see the shift. “At halftime the coach gave the greatest pep talk,” said teammate Serena, which motivated the team into positive action. The team began to score.

“With the momentum, the team realized that they were capable of winning,” said Coach Dr. Isquith. By the end of the third quarter the team reduced the gap to 7-14.

“The team put their souls into the second half. The team began passing more, working as a team, and collaboration increased. And, everything happened so fast at the end; different teammates were positioning themselves to score and they did.”

The last two minutes were the most dramatic and the team pulled off a 17-16 victory. 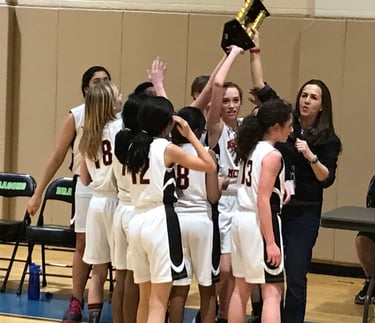 “They never gave up. While they may have fallen down, they went for it. They fought until the last second,” said Coach Dr. Isquith on the comeback of the year.

Teammate Annika was selected for the All Star Game and Searra was awarded MVP by the league coordinator.

Congratulations to everyone on an exciting season!

BASIS Independent McLean is a preschool-12th grade private school located in Tysons. We are currently accepting applications for the 2018-19 school year. To learn more about admissions, please click here.