Spring Break is often a restful week away from school often filled with fun and sun, but for 11 of our students, it was a week of adventure and exploration in the Galapagos Islands!

After an airport layover in Colombia, the group kicked off their trip in Quito, the capital of Ecuador, and jumped from the northern to southern hemisphere at the equator. Everyone stood on the equator and several students even took part in educational experiments. One student successfully balanced an egg on a nail (which is much harder than you would think).

Then it was on to the main event—the Galapagos Islands! The group visited San Cristóbal Island, Isabela Island, and Santa Cruz Island, each part of the 21 islands total that make up the Galapagos. The central theme of the trip was plant, animal, and habitat conservation. “I learned about animal lives and how important preserving them is,” says Anika K. ’25. 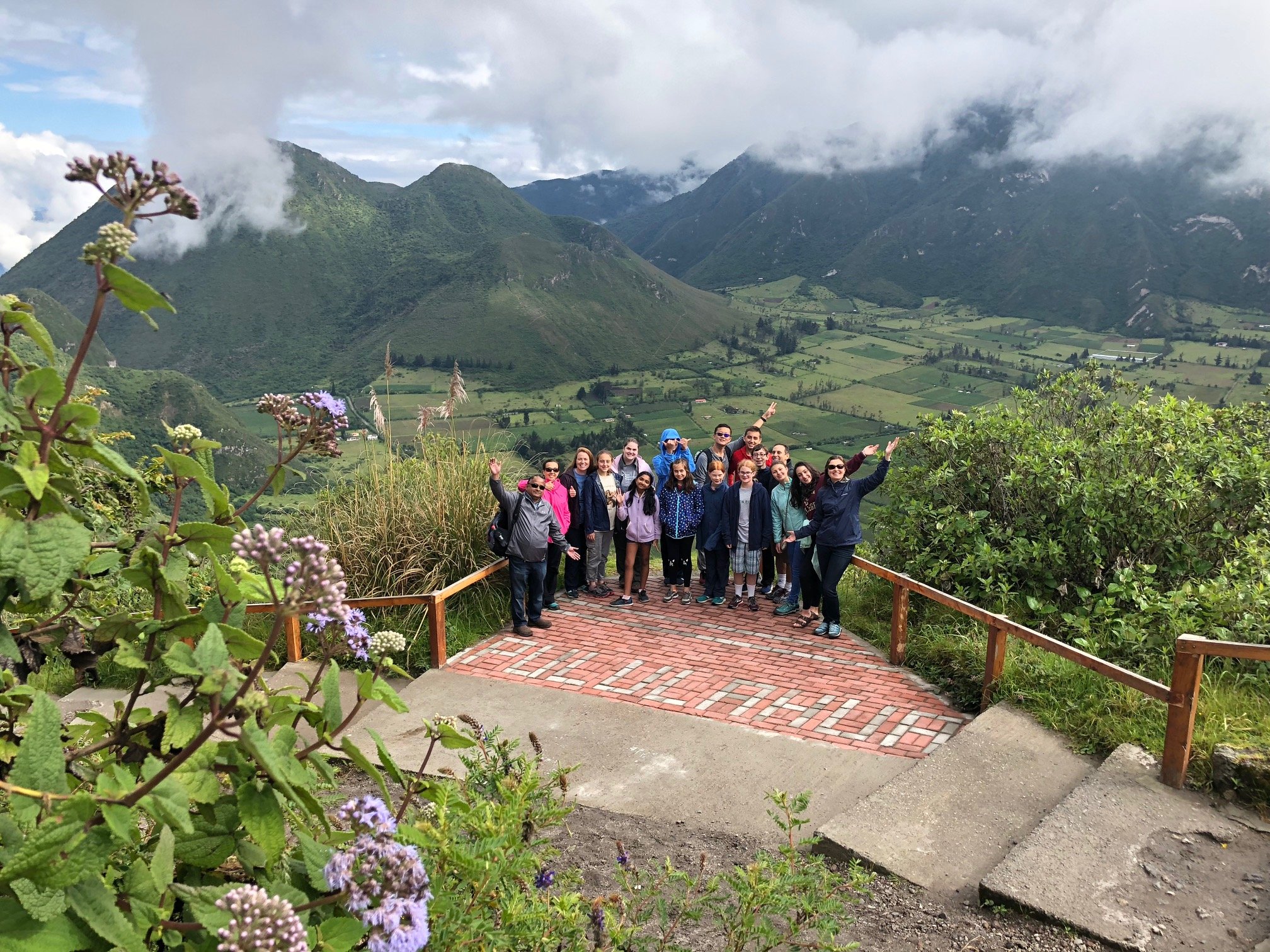 Students learned a lot about the importance of taking care of all habitats and species and how difficult they are to preserve once they become endangered. At the Darwin Research Center, they learned how people are working to conserve endangered animals and discovered that introducing new species to a new place can be detrimental to an ecosystem. They even visited the Giant Tortoise Breeding Center!

“We experienced a lot more nature in the Galapagos than here,” says Mohan L. ’22. “We saw lots of new animals like lava lizards, land and water iguanas, finches, and blue-footed boobies.”

The group also explored the varied habitats they learned about at the research center. They swam with sea turtles, ate wild blackberries, snorkeled and saw puffer fish, sea urchins and more wildlife, walked Flamingo Lake, hiked the Sierra Negra volcano, visited the Twin Craters, viewed lava tunnels, and played on several beaches. Dr. Isquith said a group highlight was a game of Marco Polo in the ocean at dusk, watching the sunset and seeing the stars overhead at the same time.

Though trip was science-focused, there was plenty of Spanish language and Ecuadorian culture for the students to experience firsthand as well. The group bonded over trying new foods and enjoyed experiencing the local community, including dancing and local markets. The trip was over Holy Week, so they saw the local parades and traditions associated with the Christian holiday.

“I have a passion for Spanish and biology, so this trip was perfect combo of the two,” says Dr. Isquith, who organized the trip to share those interests with students. 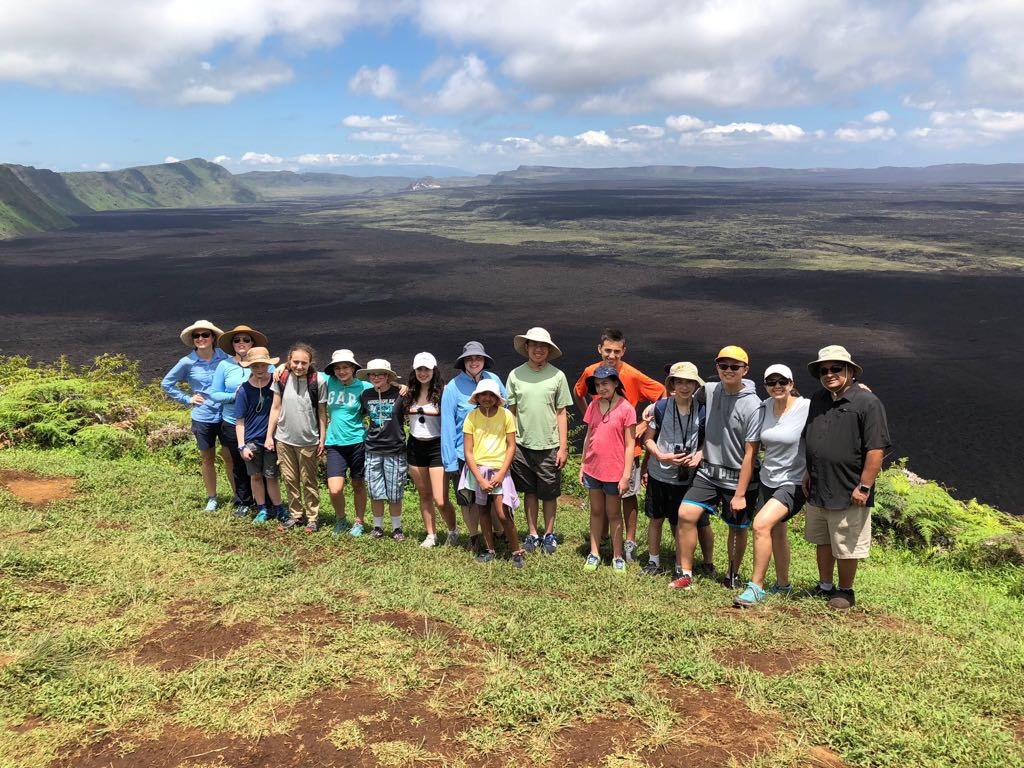 While some students on the trip are currently learning Spanish, it was not a requirement, and students taking Latin and French also participated. Though students spanned seven grades, each had learned background on a part of the trip (i.e., habitats, wildlife and plant species, Darwinism) in class at BASIS Independent McLean prior to going.

We asked Anika ’25 if she would recommend going on a school-sponsored international trip to a friend. “Definitely, it was really fun. I got to know a lot of other students. And it was educational, but not in a boring way. It was really hands-on,” she says.

This is BASIS Independent McLean’s second international trip. Last year, French Subject Expert Teacher Mme. Seye took students to Senegal, Africa. The trip gave those students an immersive chance to practice and finesse the French language in real-time, and also allowed them to experience an entirely new cultural and societal viewpoint from what they were used to. Next year, Mme. Seye and the French Department will lead another abroad Spring Break trip—most likely to Madagascar!

At BASIS Independent McLean, we love giving our students opportunities not only outside of the classroom, but outside of our own culture and country. We can’t wait for many more amazing trips!