This is the third year in a row (and third year competing) that the BIM MATHCOUNTS team has won the state competition. Brian L. ’23, Sam W. ’23, Max Y. ’24, and Ethan Z. ’23 made up this year’s MATHCOUNTS team. Sam and Ethan were on last year’s team. The team earned a spot to compete in the State Competition by winning the regional competition in February. The team is coached by Mr. Sullivan. 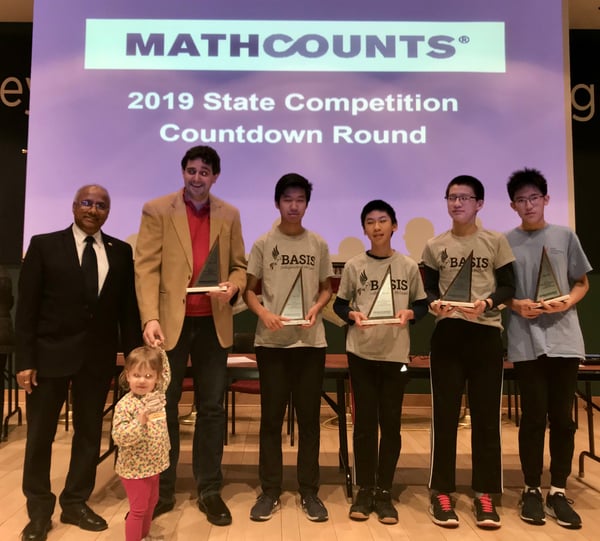 Best of luck to Sam, Ethan, Mr. Sullivan, and the Virginia Team! The National History Bee and Bowl are history quiz competitions for high, middle, and elementary school students that strive to promote history education. The Junior Varsity level is for grade 10 students and under.

Go Red-Tailed Hawks! We are immensely proud of your hard work, dedication, and well-earned success!