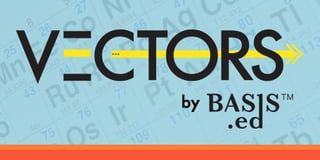 Vectors, a BASIS.ed news site, goes beyond the reaches of our school blog, Eureka! Manhattan to provide to you a window into what it means to be united by these common threads. It is a window into what is going on in and around BASIS.ed-managed schools and students throughout the country (and world!).