To celebrate the reveal of our BASIS Independent Manhattan Wildcat mascot, we held a school-wide pep rally followed by a basketball game that featured teams comprising students in grades 4, 5, and 6 led by a staff member.

After displaying countdown graphics and superhero team photos on our hallway monitors, the hype was huge all week leading up to Friday's pep rally and the highly anticipated student/staff basketball game: Avengers vs. Justice League! 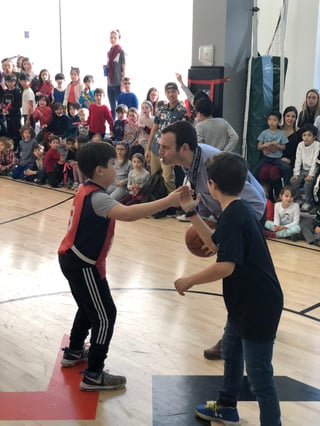 At 9:00 AM, the gym was filled to the brim with students from every grade ready to spectate and participate. DJ Mr. Laga was on the mic to play pump-up jams and lead everyone in chants and cheers for the teams’ entrances to the gym.

There were four, seven-minute quarters and the teams rotated to play one quarter each. At halftime, there was a brief pause to reveal the BASIS Independent Manhattan Wildcat mascot and hand out baseball caps to all of the students. They eagerly placed the hats on their heads to cheer on their peers and watch the basketball game come to its conclusion.

In the end, and after a close game, Justice League claimed victory by one point, with a final score of 22-21. Christian Y. (5-Mg) made the go-ahead shot (watch the video highlight) and commented, “It felt so good because I wasn’t making any. When it went in, I thought, ‘Oh my gosh, I just made that!’ It was awesome and we won by one point.”

Physical Education Subject Expert Teacher, Mr. Rodriguez, is currently completing the basketball unit with grades 4–6 and was especially invested in the game. He was proud to see the students showing off the skills they learned in P.E. on the court during the game, saying, “We had great matchups for each quarter. It was a close game, but someone had to win it. The better team won today and that was the Justice League. I give them the utmost credit.” 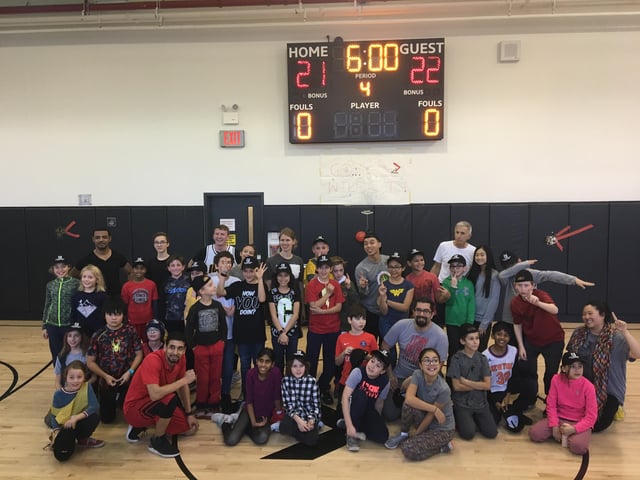 The atmosphere before, during, and after the game was electric. Mr. Rodriguez noted, “This is this highest I’ve seen the school spirit. I’m so excited; I think there are only great things to come from here.” Students, William I. and Flynn M. both agreed: “It was tiring, but was so much fun. I was very happy to have nice support. It was really nice to hear the whole school cheering us on, shouting 'Go, Justice League! Go, Avengers'!”

When we asked they how they could possibly go back to class for the rest of the day after such an exciting game, the instant response was, “We’re going to behave.” Love that can-do attitude of our BASIS Independent Manhattan students!

This event was a culmination of student and staff collaboration across the entire school. We couldn't have done it without all of the faculty support and those who participated in and contributed to the success of the pep rally and game. Lastly, we are thankful for our students and their display of school spirit, support, energy, and enthusiasm! 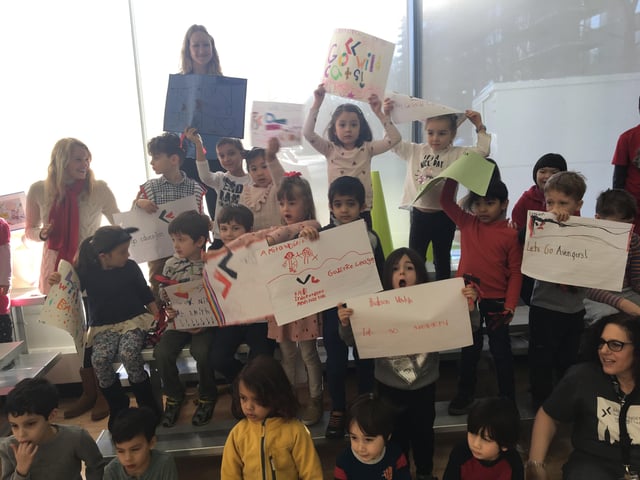 To learn more about the community at BASIS Independent Manhattan, sign up for a tour or information session.

Drama Delivers Something for Everyone