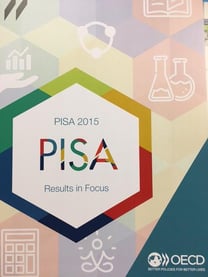 Continue the conversation about OECD PISA with us. Join us for an exciting panel discussion on the lessons of global benchmarking for schools on January 19 at 7 PM. Space for this event is filling quickly! For more details and registration, see below: