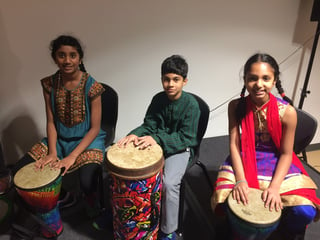 mances from a variety of groups and students:  a Chinese acrobatic Wu Shu school, a mother/daughter Native American dance team, a Ballet Troupe, an Indian dance duo, and our own students lead by Mr. Barbarino, performing a traditional African folk song.

After the performances, students and parents toured the school where each room was assigned a different country. Inside the rooms, students had exhibits setup that focused on a specific aspect of that country. Students, parents, and visitors explored history, traditions, arts, geography, customs and 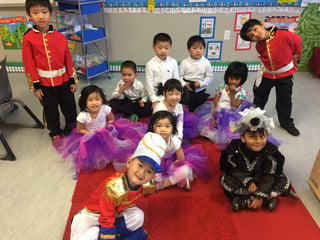 cuisine through presentations and displays.

"On the day of the fair, each student carried a 'passport,'" said Dr. Ashley Leyba, Head of School. "As they toured countries, students wrote down facts they learned and were quizzed on what they learned. If they could explain three things they learned, they received a stamp in their passport from that country. Then they toured our cafeteria, where parents—many dressed in traditional clothing for their country—displayed items and food related to their countries of origin."

"I think the event was a smashing success,” said Diana Rohini 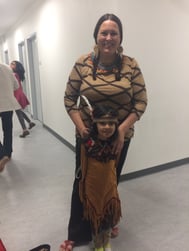 LaVigne Gupta, one of the parent organizers of International Day. “My daughter was excited from the day they started preparation till the day of the event. She went to every single room and didn’t want to leave!”

Ms. Rohini LaVigne Gupta said that she found many similarities with other parents and formed a bond while volunteering together. She added, “Other schools provide opportunities for parents to work together, but mostly only within your child's age range. The parent organizing committee had parents from K-5 participating. That was a treat!”

embedded in the DNA of the school. International Day was an opportunity for students and parents to “learn by doing,” and have fun while celebrating the colorful cultural mosaic of the BASIS Independent Fremont community.

"Easy Peasy" Tips to Effectively Communicate with Your Learner