At the grading period 2 Award Ceremony, we gave out three types of awards: the 90s club award, the most improved award, and the STINGER of the grading period award. I was so pleased to get to recognize so many 90s club students from the past grading period. It is impressive to see the hard work and dedication that our students commit to their academics, even at young ages!

Unique to BASIS Independent Fremont, we award two students per grade level the grading period STINGER Award. These are students who consistently display our school values of Safe, Trustworthy, Industrious, Noble, Grateful, Empathetic, and Respectful, and are model citizens in our school community.

However, all of the numbers, certificates, and awards aside, my favorite part of the award ceremonies is the overwhelming sense of community. The students eagerly cheer on their classmates by clapping, and giving out high fives and pats on the back. The support is not limited within grade levels or friend groups. Every student is happy for every other student. Every teacher is proud of every student. It is a joyful learning community that is rare to find, and I am so blessed to be a part of it. 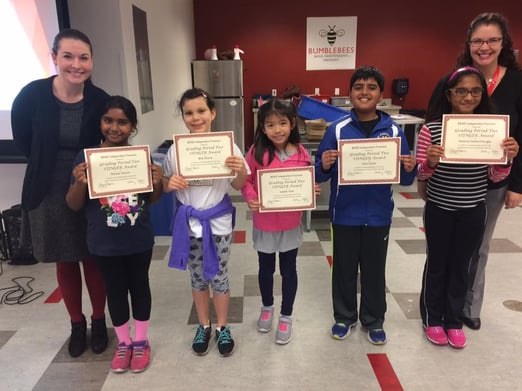