What’s it like to be the parent of a child at BASIS Independent?

Parent Perspectives, a content blog series from our sister school in Brooklyn, answers precisely this question. We asked a few parents to share their thoughts on our program: What’s most surprising? What was the thought process in selecting BASIS Independent Brooklyn for their child? 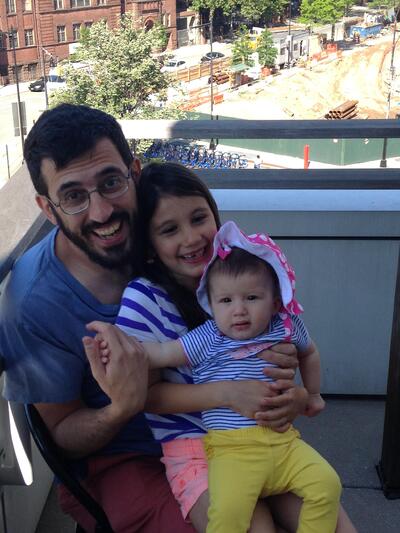 I heard about BASIS Independent through a friend who went to an Information Session.  He was concerned that the school wasn't built yet and told me I didn't miss much.  But as someone with deep concerns about the mathematics education my daughters were getting in public school, he piqued my interest and I did some investigation online.  The curriculum looked impressive, and I went to an Information Session.  I was sold less than halfway through the session.  And I ended up convincing my friend to join after all.

What ultimately made you decide to send your student to BASIS independent Brooklyn?

The first was fact that each classroom had a Learning Expert Teacher (LET) and a Subject Expert Teacher (SET).  I had been working extensively in my public school on a math enrichment for grades K-5, and working closely with the principal and other administrators on improving the curriculum.   Ultimately, the thing that constrained them was that it was nearly impossible to find people with excellent education credentials but also a good grasp on math and science.  BASIS Independent's approach of separating the hiring process into teaching expert and subject expert was the first proposal in the two years I had been involved in this that made sense.  Here's the kicker: The subject teachers at BASIS Independent are phenomenal teachers in their own right.

The other thing that made the difference for me were the aspirations BASIS Independent set for their students.  They set the bar high and expect all the children to reach it, and when one does, they allow him or her to go further.  I mean, such a thing sounds obvious, but the difference in philosophy and expectation towards what children can achieve is dramatic.

What has been the biggest change for your child upon transitioning to BASIS Independent? What about for your family? 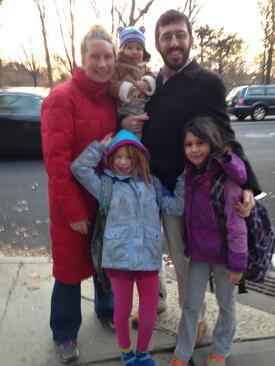 They are working hard.  The workload is pretty intense, and the no excuses mentality around getting that work done can add some stress.  But my kids love their classes and love what they're learning.  For the first time ever they've been challenged at school and have responded to it in a big way.

Is there something you like most about BASIS Independent?

I like how seriously they take their mission.  They listen to parents and offer clear and constructive plans to address parents' concerns, but do not deviate from their core way of doing things.

There are many things that are different about BASIS Independent as a program. If you had to boil it down to one key difference – what would it be?

The experience is truly integrated.  On a curriculum level, the fact that the classes are tied together using Connections Class is really nice.  But more than that, the way the school has been able to take a centralized set of curriculum guidelines, find like-minded teachers with similar philosophies, train them on the curriculum but allow them to innovate at the same time, and do so effectively in the first year -- it's really impressive.

A Day In The Life: Second Grade