As Director of Student Affairs for BASIS Independent Brooklyn's Lower School, Samantha De Leon's goal is to cultivate productive and positive relationships with teachers and families so that all students can achieve at their highest levels.

“At our Lower Campus, every moment that the kiddos are working in their classrooms they are deepening their curiosity, building their resiliency, and thinking critically about their world. This strong foundation sets them on a path to not just be personally successful but also to be a part of the success of their global community. I am eager to be a part of their journey and support them at every stage of accomplishing their goals.”

Ms. De Leon was born and raised in San Antonio, Texas. She received the Gates Millennium Scholarship and attended Brown University, where she received her bachelor’s degree in biology and master’s degree in elementary teaching. After twelve years of teaching and curriculum consulting, Ms. De Leon decided to transition to administration as the Director of Student Affairs at the Lower School Campus.

Five years ago, Ms. Forde joined our History Faculty and quickly demonstrated her incredible dedication and innovation as an educator, which also made her a favorite teacher among students. This summer Ms. Forde accepted the role of Director of our High School Program, which was just recognized as the Best Private College Prep High School in Brooklyn according to Niche.com and ranked #16 in the category in New York overall.

Ms. Forde graduated from Williams College with her bachelor’s degree in history and classics, and she 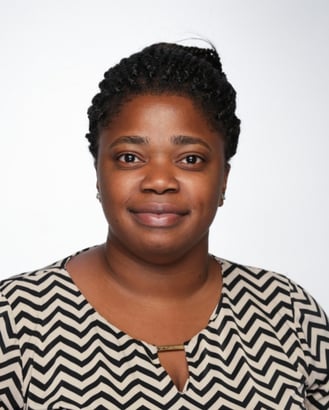 was honored as a Mellon Undergraduate Research Fellow during her years on campus. She received her master’s degree from the University of London and her post-baccalaureate from Bryn Mawr College. She also pursued coursework ranging from anatomy to cellular and molecular biology at the University of Maryland, Baltimore Medical School, and Georgetown.

Similar to many BASIS Independent Schools educators, Ms. Forde started in academia. After obtaining her degrees, Ms. Forde worked in clinical research at the University of Maryland Center for Integrative Medicine. She co-authored two research publications on anxiety while at the university. After a few years in the clinical research setting, Ms. Forde decided to switch careers to education. Before coming to BASIS Independent Brooklyn, Ms. Forde worked directly with elementary and middle school students on their reading literacy and mathematics ability in preparation for the Johns Hopkins Center for Talented Youth Program.

among our faculty. He shaped our French program from the middle school years through high school, including a very popular Senior Capstone class exploring French literature. For the past several years he also served as the French Subject Expert Advisor across all BASIS Independent Schools. Now he is excited to lead our Middle School program in collaboration with Dean Holly Goodin.

Many of you have already met Dave Carty, who at 6'4" quite 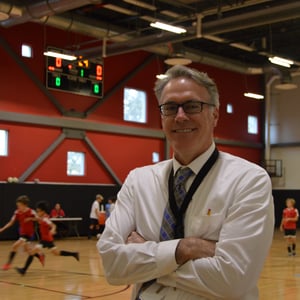 literally towers over our other faculty and staff on campus. He signed on as our Head of Operations this summer and quickly become an integral part of our community, overseeing all operations from facilities to bus service. Mr. Carty also happens to be a former college basketball player and stepped up to be the assistant coach of our Gr. 6–8 CONSAT basketball team!

Driven by a focus on his own three children, Mr. Carty followed an interesting road to a career in education. We wanted to share his perspective as our Head of Operations as well as a parent of three who all attended independent schools from PreK through high school.

Meet Ms. Golka, Dean of Students for Our Primary Program

Ms. Golka is the Dean of Students for the Primary School Program (grades 1–4) at BASIS Independent Brooklyn. She received her Bachelor of Arts degree in theater performance from Winthrop University where she was a part of the theater honor society Alpha Psi Omega. After starting out in the book industry and then shadowing with a school in Brooklyn, she discovered her passion for teaching. She started her Masters of Early Education (Birth–2nd Grade) degree at Hunter College at CUNY.

Ms. Golka started as a grade 2 Learning Expert Teacher (LET) at BASIS Independent Brooklyn, and she is very excited about moving onto the Student Affairs team. She believes it is very important to not only help students grow academically, but socially and emotionally as well.

Ms. Golka feels strongly that BASIS Independent Brooklyn shares the same values for education and teaching as she does, especially the belief that every student is important and has potential to excel. She enjoys reading, doing improv, and traveling with family and friends. 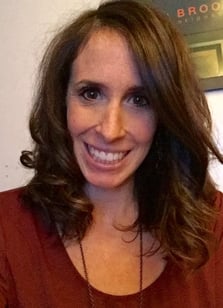 We are proud to announce Ms. Lauren Fisher recently joined our BASIS Independent Brooklyn team as Dean of Students for Grades 5–7. Ms. Fisher brings a wealth of experience to this new role supporting student academic and social-emotional growth at our growing middle school.

After attending our network-wide training in Arizona in July, Ms. Fisher had a chance to settle into her new office and meet up with our communications team. We had the chance to ask her some questions, so our families could get to know her better.