Expressing Gratitude and Establishing a Culture of Service

Exploring the World of Games

Greg Trefry is a BASIS Independent Brooklyn parent who just happens to teach a graduate-level class at NYU called Designing Games for Kids. He brought his NYU graduate students into Ms. Connor's PreK classes this week to play board games. But, what happened inside the classroom was so much more interesting than simple game playing.

Greg wanted his class to meet with some of our youngest students, including his son, to play board or physical games with them before his graduate students designed new games for the kids - based on their observations. A month later, the same graduate students will return to share their games with the children and gather feedback. 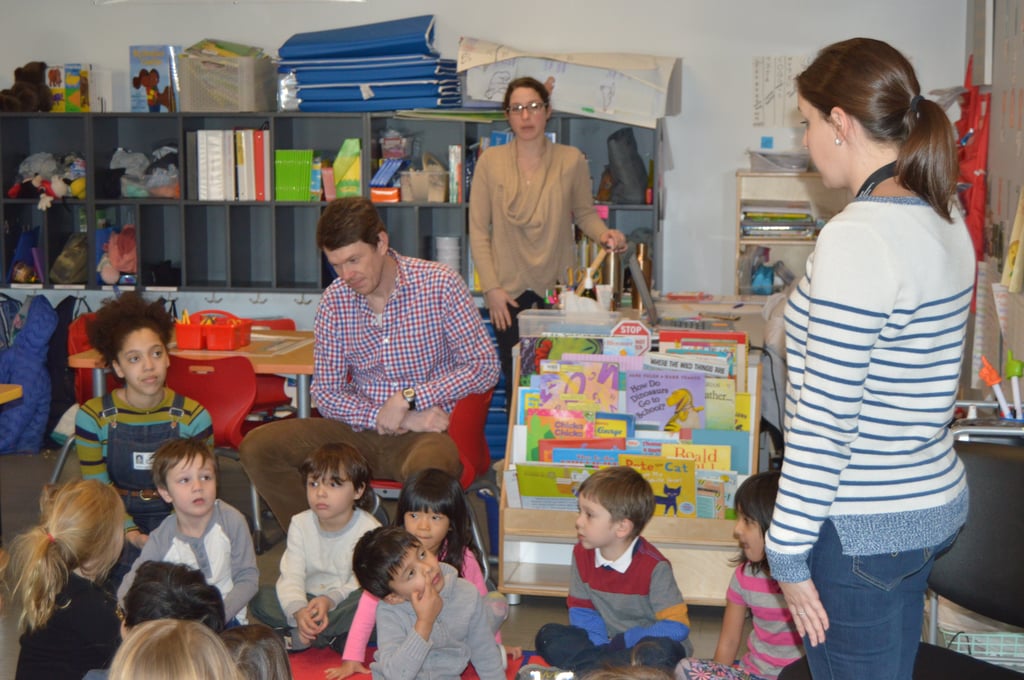 We took a moment to ask Greg some questions about the trip as well as more general questions on students and games that often pop up in conversations in our community.