Earlier this week our faculty learned that Eva Y., one of our 17 seniors, was 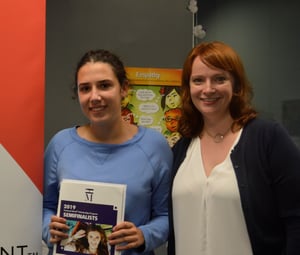 confirmed as a 2019 National Merit Semifinalist. The pool of Semifinalists represents less than one percent of the U.S. high school seniors.

"I'm proud of our first graduating class and all students; Eva in particular deserves this additional acknowledgement of her hard work and academic ability as assessed by the National Merit Scholarship Corporation," said Head of School Hadley Ruggles.

Lately, our communication channels have been filled with news and stories of student success from our sister campuses. We recently announced the astounding college acceptances of our first graduating class at BASIS Independent Silicon Valley and hot off the press week of April 18th are national high school rankings from The Washington Post and U.S. News and World Report, both of which featured BASIS.ed schools prominently at the top. Though only in our second year here in New York City, we have so much to be proud of here at BASIS Independent Brooklyn and many student accomplishments to celebrate. We're excited to share exciting city-wide recognition of students Kristin and Kimora at the Scholastic Art & Writing Awards and look forward to more instances of recognition of the incredible work of our students. 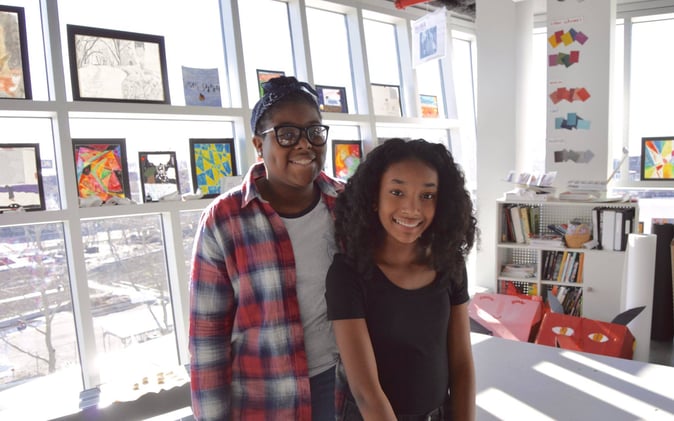 Kimora (L) and Kristin surrounded by art in our Visual Arts studio
BASIS Independent Brooklyn is known for a curriculum with a strong emphasis on science, technology, engineering, and mathematics. What isn't as well-known is that fact that BASIS Independent Schools have a robust art program with daily exposure to fine arts in the primary years with a cycle of focus on fine arts, performing arts, and music. In middle school years, we offer students a daily fine arts elective that remains their focus for the entire year, allowing students to dive deeply into a specific artistic discipline of their choice. This academic year, we offer electives in visual arts, performing arts, band, guitar, and choir.
As is the case with all disciplines taught at BASIS Independent, the goal of our electives isn’t just superficial memorization or duplication; it’s true fluency and mastery, a point proven by Kristin and Kimora, current 8th graders and students in our Visual Arts elective course. We also make a point to present students with opportunities and encourage them to compete in academic and non academic competitions. Kimora and Kristin recently won the Silver Key award and an Honorable Mention, respectively, at the 2016 New York City Scholastic Art & Writing Awards, judged by the Alliance for Young Artists & Writers. Regional winners have their work displayed in public and go on to compete nationally. Former recipients include artists Andy Warhol, Cy Twombly, Kay WalkingStick, and John Baldessari, and writers Sylvia Plath, Truman Capote, Maya Goldberg, and Joyce Carol Oates. Not bad company! 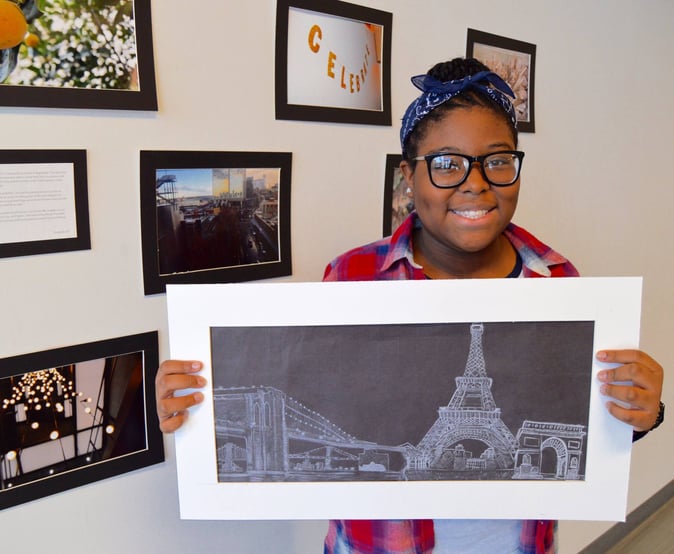 Kimora and her Fantastic Landscape

On April 20, 2015, the BASIS.ed network celebrated what we consider to be one of the most salient validations of our academic programs we’ve been honored with as a community to date: The Washington Post’s 2015 Ranking of America’s Most Challenging High Schools featured BASIS.ed schools prominently at the top:

Since opening their first program nearly two decades ago, BASIS charter schools continue to top the national and international rankings of some of the industry’s most reliable sources. College ranking website Niche has just ranked BASIS Scottsdale number six out of fifty schools nation-wide for high SAT scores and enrollment in advanced level academic courses. Recently, BASIS Scottsdale garnered yet another accomplishment to add to its list of accolades: student Anvita Gupta won the Third Place Medal of Distinction for Global Good at the Intel Science Talent Search at the White House last month. 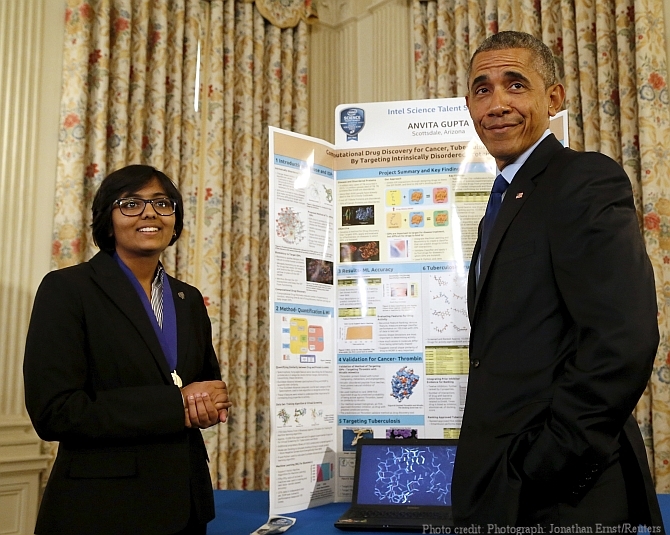 The BASIS Scottsdale 17 year old was one of forty national finalists competing for $1 million in awards in the nation’s oldest and most-respected pre-college science and math competition.

Exciting News: BASIS Independent Brooklyn to be honored at the 2014 Blackboard Awards!

Honored in the category of "New & Noteworthy Schools," BASIS Independent Brooklyn is proud to accept a 2014 Blackboard Award, a prestigious recognition of excellence of local schools and principals.

How do families learn about the best schools in New York City? Now in its 12th year, the Blackboard Awards​ celebrate excellence in education in the city, in all educational sectors (public, private schools, charter, and parochial schools) and in all grade levels, from nursery through high school. The honorees have been nominated by parents and educators, as well the board of educational advisers at Manhattan Media.

On December 9, 2014, a group of our teachers, students, parents, and administrators from BASIS Independent Brooklyn will attend a special ceremony to accept the well-deserved, coveted award.

Reflecting on the feeling of overnight growth and success of the program here in Brooklyn Founding Head of School, Mrs. Rosalind Thompson largely credits the talents of the school's faculty.  “One of the things that I am most proud of is indeed our faculty.  They are diverse in culture, background and experience - yet share such a passion for their students.  They have come together as a high-performing team, helping each other, discussing possibilities to the great benefit of the students.”