Making Shakespeare interesting and relevant to students has always been a priority for our Performing Arts faculty, but Ms. Crowley and Ms. Simmons took it to the next level with their recent Shakepeare Club performance of Romeo & Juliet staged all around our schoolhouse.

"Site-specific" performances are one of the latest trends in productions from New York to London. They break down the traditional divide between actors and audience and offer a more immersive experience.

“It was a thrilling process start to finish," said Ms. Crowley. "Watching the students become more and more engrossed in their characters, the language, and the dramatic stakes of the play was profoundly exciting. Each and every one of them took risks, stepped out of their comfort zones, and really supported one another in what they were doing. It was a real team effort, and the students built something that we were all very proud of.” 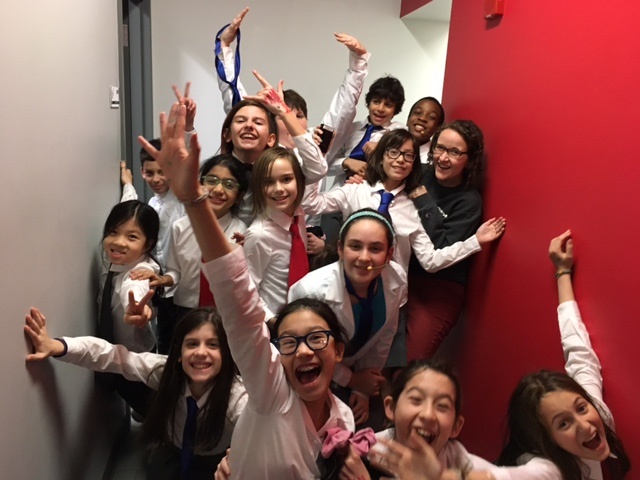 “It was a new experience for me," said Greta in Grade 5 who played Benvolio. "Traveling around the school during the performance was fun, but it was definitely challenging getting people and props where they needed to be.”

Below are a few scenes captured on video (please excuse any camera jostling while following the actors):

"My daughter was in the play and enjoyed the fact that the production took place at various locations, just like being on a movie set," said Joyce Yang. "It enhanced students' experience of the play."

"Any opportunity to be creative is something that I value," continued Ms. Yang. "I am an advocate of arts education. Arts programming enables students to express themselves and learn in a different capacity". 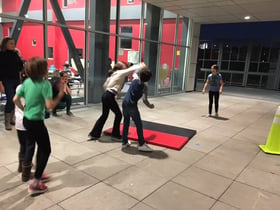 choreograph fight scenes between our feuding Capulets and Montagues. Adding to the excitment was Ms. Crowley's idea to stage the last fight scene on the terrace, so audience members had to run near the first floor cafeteria windows to watch the rabble shouting, Mercutio killed by Tybalt and ultimately Romeo strike down Tybalt in retribution.

Costumes for the show were designed to compare the fueding families to rival schools. Students made signs posted all around the entranceway where the performance began, and they brought an energy and excitment to the production. Cheers of "Go Capulets" and "Montagues Rule" could regularly be heard echoing in the halls during the after school Shakespeare Club rehearsals. 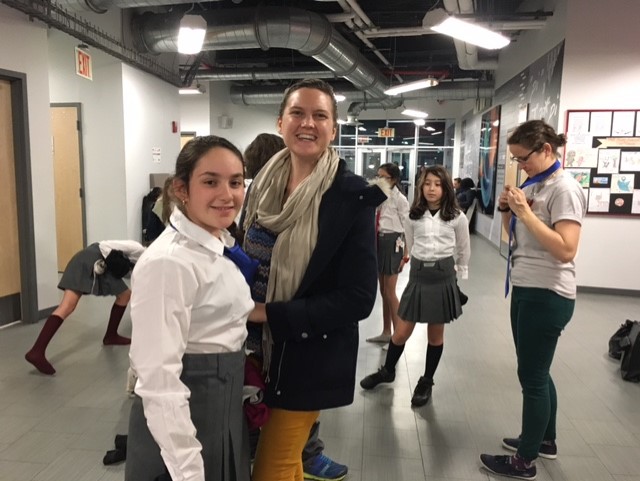 The performers and faculty ended each production to great applause, but we also wanted to
take a moment and give a big shout out to the unsung heros - the AV team. Our "site-specific" production made microphones and lighting more than a challenge. Our AV student team loaded speakers onto carts and ran around constantly arranging lighting and sound.

Thank you to the amazing Ms. Crowley and Ms. Simmons, our wonderful performers, and the entire Romeo & Juliet team for making the performance a smashing success!

Join us at an upcoming Information Session in Brooklyn to see for yourself what all the buzz is about!