Instead of spending his summer sleeping in, going to camp, or taking family vacations, Kaeden R., one of our most theatrical rising 6th graders, spent the summer months doing something highly unusual: he flew to Paris to co-star in season 2 of a new Netflix series called "Seven & Me"!

The second season premiers October 2018, and we were fortunate enough to sit down with Kaeden and his parents and ask some questions, now that he has settled back into BASIS Independent Brooklyn with his buddies. His parents also shared some photos from the set that we got permission to use, so enjoy the sneak peek!

Have you always loved acting?
Kaeden R: Yes. Since I was 4 or 5, I was always fascinated with being a different character. One of my earliest memories is pretending to be Mickey Mouse and trying to figure out how to get into the actual TV screen so I could play him on the show. 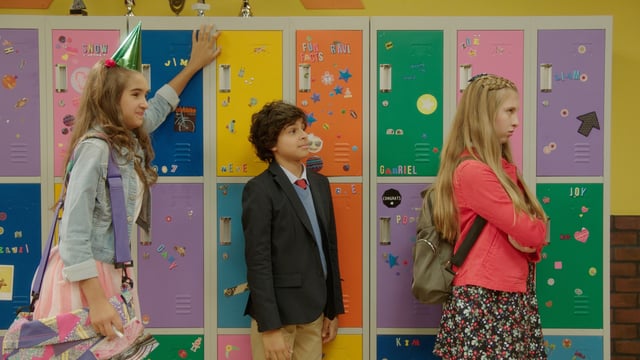 Who did you play in season two of "Seven and Me?"

KR: "Seven & Me" is a Netflix show about a modern day descendant of Snow White, who is named Snow. Snow is your typical middle schooler—except she lives with seven dwarves and has an Evil Queen from another world after her. On the show, I play Ravi, a social network guru and one of Snow’s two best friends, along with Camilla. Ravi always helps Snow and Camilla get out of sticky situations involving the dwarves, but he somehow remains oblivious to their existence until (spoiler alert) the last few episodes. Through his gadgets, gizmos, and "fun facts," Ravi is always part (and sometimes the start) of the fun adventures they get into.

"Seven and Me" is a hybrid animated series. How in the world do you act with cartoons?

KR: It’s actually kind of hard, so I’m glad I didn’t have to do it all the time. The director would tell us where the dwarves would be standing (which is where they will be animated into the episode post-production) so we just had to envision them standing there. Sometimes I’d be having conversations with seven dwarves and reacting to them throwing something or zooming past me, and I had to remember where each of them was supposed to be during the whole scene. And to make it even more complex, the actor who portrayed the voice of the dwarves was also on set, so I had to focus on something that didn’t exist versus the voice that was actually talking back to me. It definitely took a lot of getting used to! 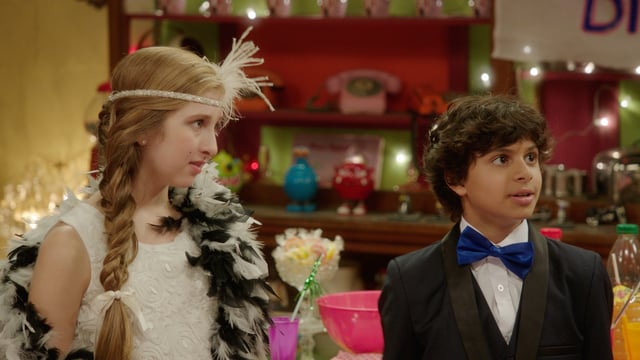 Tell us some highlights from filming "Seven and Me" this summer in Paris?

KR: Wow…where do I start? Spending four months with people that started as strangers and are now some of my closest friends. The set becoming my second home. Being Ravi. The cheese. Learning some French (which I’ve since forgotten—sorry Mr. Mandeville). Weekend trips with my family to six different countries. The cheese. Seeing Neymar and Messi play. Games night with my castmates every Thursday night and bringing "Werewolf" back to my friends in NYC. Bonding for 6 weeks with my dad once my mom and sister came back to NYC. Taking a baguette-making class with my dad. Did I mention the cheese? 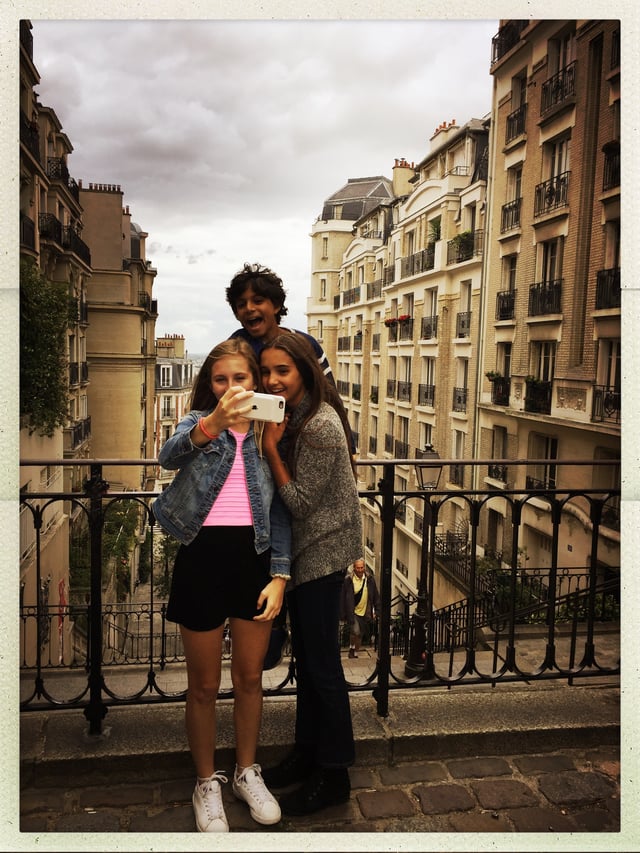 Are you involved in performing arts productions here at school, too?

KR: Yes, I am in the school play "Fiddler on the Roof" this year and was in "Wizard of Oz" last year. Ms. Crowley has been an incredible mentor so anytime she’s involved in the school play, I am definitely auditioning. We also have amazing actors at this school and I love being part of this group. It’s pilot season right now, so it’s a little tough trying to balance the auditions (most of which come with rejections), pre-comps, and "Fiddler" rehearsals but so far this year it’s been pretty good.

Kaeden played the Wizard in "The Wizard of Oz" last spring. 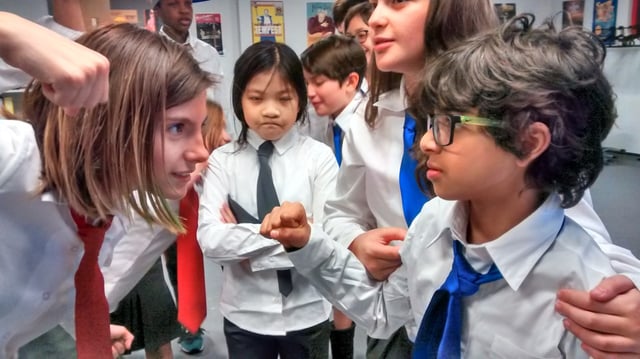 Kaeden and his drama buddies in a "Romeo and Juliet" fight scene during a fall 2016 drama production, which was performed all around our school building.

Since Kaeden is taking Algebra 2 along with all the rigorous grade 6 courses, we also wanted to ask his parents a few questions about the whole acting thing, particularly how it worked with the demanding curriculum at school.

Did you encourage Kaeden to go into acting? How did this all come about?

Even as a child, Kaeden was super social and had crazy animated conversations with everyone he came across. And when he was 4, in a cliché New York moment, he was "discovered" by agent sitting next to us at a dinner in the Meatpacking District. We were skeptical at first but he landed his first job two weeks later and absolutely loved it! Since then, he’s done a few pilots for NBC, starred on an episode of "SVU: Law & Order," modeled for J. Crew, and worked on a national McDonalds commercial. And we have to say, everyone in the industry we have come across has been incredible. He’s learning a lot of life lessons and gaining some great mentors along the way. You can check even check him out on IMDB!

Does acting or performing run in your family?

Absolutely not. In our family, both our apples landed far from their trees. We have two highly extraverted children (we are both introverts), one of whom is the first performer in our family and the other is the first USA team gymnast in our family. We wonder all the time where they developed these interests!

How does Kaeden keep up with school when he's on set?

As part of SAG (Screen Actor’s Guild), Kaeden is required to maintain his grades in order for his acting permit to be renewed. The production companies are also required to provide on-set tutoring if he is missing more than 2 days of school. It’s tough being on set for the day and then in tutoring right after, but he loves it and we almost never hear him complain. 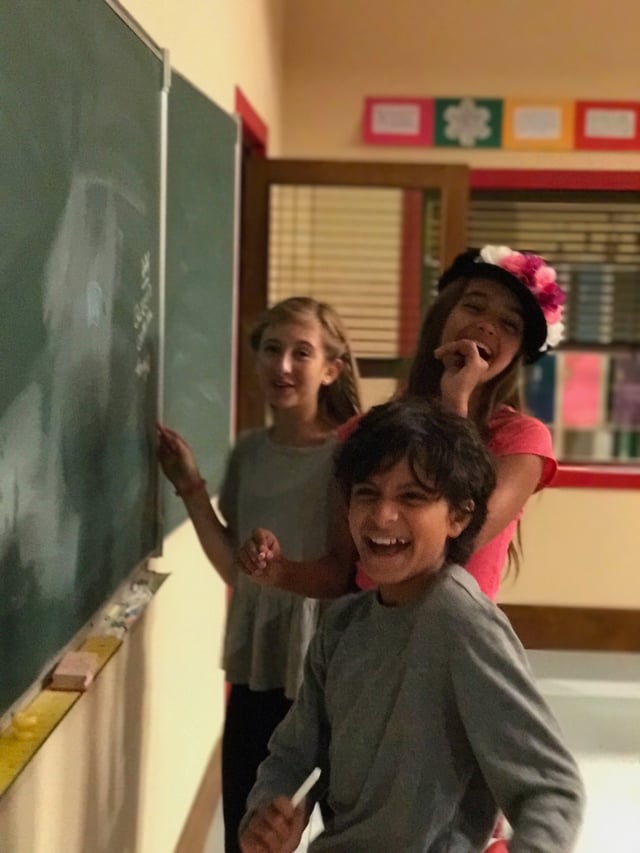 Was it difficult for Kaeden to jump back into grade 6 when he returned from filming in Paris right before Halloween?

Re-entry was harder than we had expected it to be. Academically, he was fine. In fact, he managed (for the first time) to get onto the Distinguished Honor Roll, which was a huge achievement for him. But on a personal level, he missed his life in Paris tremendously and was lonely for the first few weeks after he got back. For 4 months, the production crew, the cast and their families spent almost every waking moment together. And then it all ended abruptly, and Kaeden found himself back into the routine and reality of our life in NYC. In our effort to give him some quiet time when he returned, we underestimated the loneliness he would feel not being surrounded by people all the time. All of that, however, quickly changed once he was back with his friends and kicking around a soccer ball and causing havoc in the BASIS Independent Brooklyn hallways!

Do you have any advice for parents who want to support children's talents while also attending a rigorously academic school like ours?

Prioritize sleep over everything else. We have a strict bedtime with both our kids and that forces them to learn time management skills and independence with their own schedules. Unfortunately, it doesn’t leave a lot of free time for the kids or for anyone in the family for that matter and we spend a lot of time running in different directions. But to help them stay focused, they create their own goals academically and with their extracurriculars activities so that they can define what they want to accomplish and how they need to prioritize. So far, academic goals still make it to the top of their lists. If and when they don’t, this advice might change. 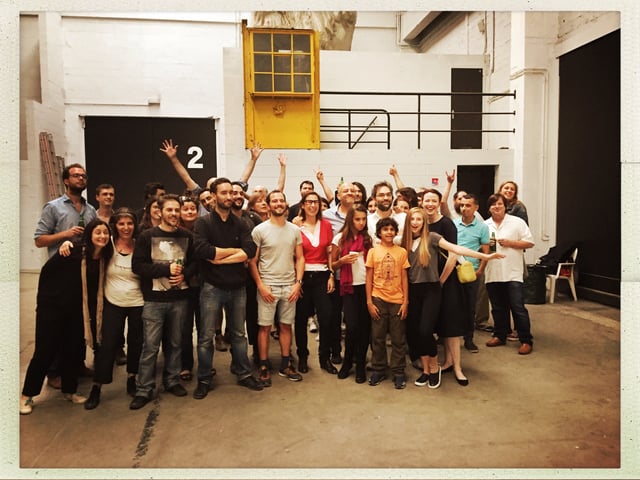